Notes:
- Salt Creek is first time played, outside of a brief tease in 32 Things on 5/5/96 in Syracuse
- Some Salt Creek teasing in the intro and right before That Country Tune
- This is the first time my Master DAT of this show has been transferred and circulated lossless online. The previous transfer available in SHN on the Live Music Archive is from a multiple gen clone
- This is also the only known recording of this show. We were the only tapers, and I don't recall Brendan O'Neill, moe.'s sound engineer at the time running anything. Vocals were un-amplified
- This was a special in-store acoustic performance to promote the bands new release No Doy as they made their way back from Ohio to wrap up the fall tour in Western/Central NY, and Ontario Canada. Might have been approximately 30-40 people filled in the small New World Records on Elmwood Ave., on the West side of Buffalo this night. al's "surprise" shout before Moth is because of a couple customers walking in to see the band set up with a bunch of people inside the front door!
- This was drummer Chris Mazur's last week with the band
- autographed j-card picture included with the fileset
- This is dedicated to my friend Joel Gershon (d.1997 RIP), who was a early moe. taper around Buffalo at a time when he was often the only taper at shows 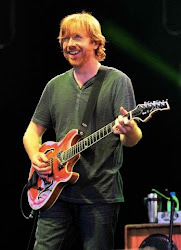